Where is your curiosity? Have you stashed it away, along with your childhood memories?

“Curiosity is part of who you are as a Being,” the founder of Access Gary Douglas explained recently on the Creative Edge of Consciousness telecall.

You’re most curious when you’re most present and most in question.

As a curious kid with a keen awareness of possibility, were you reprimanded or ignored and lied to? If so, you might have got out of the habit of asking real questions. Why even bother to ask, if your parents and other adults lied all the time?

“The majority of people can’t be honest with themselves because then they would have no one to blame,” Gary pointed out.

If there was no one to blame and no reason for choosing something that didn’t work out, they would have to admit they chose it.

I would choose this for what reason? is the curiosity of the question for the creation of possibilities.

This level of honesty allows you to see that every question is about the infinite choices and possibilities you haven’t even acknowledged. What a truly different way of living! 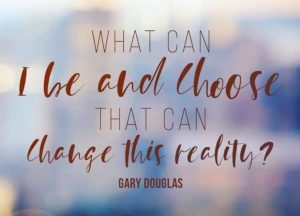 Curiosity does not give you awareness, it gives you choice. Are you willing to be curious enough to have true choice?

Gary has made a demand to have total awareness about everything. This choice feeds his constant curiosity.

“What happens if I know everything? I cannot be surprised by anything somebody else does,” he added.

Your knowing is only limited by the questions you’re willing to ask and be.

This is the never-ending adventure of awareness. Unlike a race, awareness never ends!

Would you love to be part of a club that is never boring and always changing? Plus receive exciting gifts?