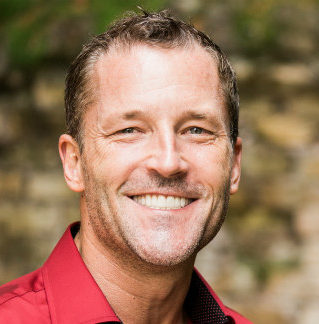 Dr. Dain Heer is a facilitator of consciousness and change, inviting people worldwide to embrace their true greatness, abilities and knowing.

It’s been going on in our world forever.

In many ways our current reality is a construct based on conflict.

From my point of view, we can either get down in the dirt and fight each other – and try and prove other people are wrong and that we are right – or we can elevate the conversation by getting to the greatness of US. All of us.

What would you like to see in the world?

And as the world?

Or, a world in which we come together, rise above it all, and go, “You know what? There is a lot of nasty stuff that has gone on in the world, and sometimes people in it do everything they can to try and make everyone fight and separate. But, I’m not buying it, I’m going to have your back, I’m going to have my back and I’m going to have the world’s back.”

This is a choice we have.
We are all on this planet together and that is a gift.
What is the world you would like to create?

What choices do you have, that you have never considered possible, that would actually create lightness for the world?

Join me for this Tour of Consciousness, where I discuss this even more….

The world you would like to see is not impossible. It’s so possible. And, it starts with YOU.

There is a world out there – that is bent on separation, image and destruction – it wants you to believe it’s not possible. It wants you to go into every insane, really intense point of view you have as though you are fighting for you life. But if you spend your life in fight, it’s never going to be ease. You’re never going to be the contribution to the world you can be because you’re always going to be fighting against the wrongness of the world.

You can let the world run you – at which point you are the effect of the world – by the fighting or you can actually choose to have choice in how you respond to everything. And, I mean everything.

There’s not one thing we can’t change.

Even if we get triggered by something, we still need to recognize we have choice in how we respond. The only time you fight against something is when you don’t have a sense of the power of you.

People who don’t feel small – don’t lash out at others or make others wrong. In any area of life, anybody who truly has a sense of them and having power — do not belittle other people.

What power and potency do you have to truly change the face of the planet for greater that if you chose it would change your life as well? Everything you have done to give up your power to create a different world and actually change it, by going into the fight, will you destroy and uncreate it?

What is possible for you to be, and for us to be that we think is not possible, that if we allowed the possibly would create a different reality?

What contribution can we be, to create a world in which fight ceases to be?

Let us choose from the greatness of us.
Let us choose the lighter road.
The road that so few are currently walking.

What can you be today that will uplift the world right away?

Six videos about the tools I use every single day: https://drdainheer.com/whatnow/.