Have you ever asked yourself a question and been truly willing to perceive what the Universe has in store for you, rather than what you have pre-determined as an “answer?” What else would be possible for you if you chose to create your life from this space?

The power of asking questions unlocks new possibilities, energies, and awarenesses that weren’t available to you before.

Are you willing to be that magical my friend?

Would you let the Universe & its’ possibilities contribute to you in ways that you haven’t even considered?

Let’s explore the possibilities together!

How much is business done from trying to figure out the “right” way, the “right” formula, and once you have that, then you’ll be successful? And how many times has that actually ever worked for you?

What if there was another possibility? One that was easier, actually worked for YOU, and one where you didn’t have to get it right, ever?

A simple, yet powerful question to ask is, “what else is possible here that if I allowed the possibilities would create greater than I can possibly imagine with total ease?

Whatever you do….don’t ask your business that question 😉 !

What is possible if you allowed the Universe to contribute to your business far beyond what you thought was possible? The possibilities are infinite!

What were you taught about money? Most people were taught to avoid it, never talk about it, or if you’re lucky enough to have it, save it. And that’s it!

But were you ever taught about creating it? What if something different could be available to you with money?

What if you could begin to change your financial reality through the power of a question and no matter how much or how little you had?

What else is possible with money that you’ve never considered that if you’d allow the possibilities would show up as too much money now with total ease?

I wonder what might change if you ask this?

Whether you have kids, are a kid, have parents, or are a parent, what are the infinite possibilities with parenting that if you allowed them would create ease for your whole family?

Don’t you wish your parents would’ve asked this question when you were growing up? How different would things have been?

Parenting isn’t always looked at as a two way street where both kids and parents are a contribution to each other, but what if they actually are?

And what’s possible when you ask questions, rather than jumping into the “right” way or “wrong” way to parent?

The fun thing about parenting is that you can teach your kids to ask questions too! What would that create for your family?

Just be you! Do you ever hear that and think does that even mean? Especially if you don’t feel like you have a clue about what that is or how to get there?

Well what if it wasn’t so much about a “how”, but more about all the places & spaces that could open up for you that’s beyond what you’ve defined yourself to be?

What if being you was an ongoing exploration of possibilities that was way too much fun? 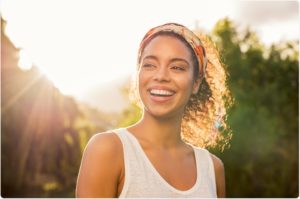 What if being you was about playing with new possibilities that gave you more of you?

And what if there was no one way or right way to do this? What else is possible that you’ve never considered with being you?

Definitely don’t have too much fun asking that question!

Join Dr. Dain Heer, Brendon Watt, David Kubes, & Simone Milasas for a special 4 part MEGA zoom, What Else is Possible?, where you’ll leap into a whole new stratosphere of possibilities on business, money, parenting, and being you! This rocket ship of change takes off on February 12th, 2020. Find out more HERE.