In times of great change, such as the present, great courage is called for.

Bravery can be running into a burning building to rescue someone or exposing lies and corruption by blowing the whistle. And, there’s another type of courage that the world needs right now.

“Courage is the willingness to always know there’s got to be something greater,” founder of Access Consciousness Gary Douglas explained on this month’s Creative Edge of Consciousness telecall.

Living is not the same as having a life. Living is an ongoing action. It is the willingness to stretch beyond the limitations you’ve decided you must abide by.

Some years ago, Brendon Watt was in Costa Rica where he’d got comfortable with the horse he was riding at the time.

One day Gary said to him, “Tomorrow you’re riding my horse.”

Brendon was horrified! He stayed up all night pacing up and down in his room and wondering how he was going to ride Gary’s horse while knowing he could if he chose to.

“When I got on that horse, I realized something. Where else was I choosing not to stretch my reality beyond what I’ve decided it is?” Brendon said.

Most people tend to be on the edge and not necessarily go beyond the edge since they don’t want to lose control.

In fact, the perfect choice is to live on the edge without ever going over, so you can be predictable to yourself, predictable to others, and be completed by their needs, wants, requirements and desires.

Most people want a controllable life, because if you can predict your life then you know what you’re going to have.

It takes courage to realize that as an infinite being you have no boundaries.

“If you have no boundaries, you have no place to determine whether you’re living on the edge,” Gary pointed out. “You just get to choose whatever you want whenever you want to choose it. Which is way more fun but don’t choose that, okay? Then you’ll have to live, love, laugh and be happy! That can’t be good for the world and it can’t be good for you.” 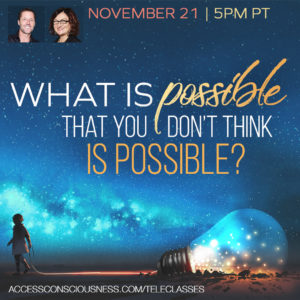 Would you like to be part of a club that is always changing, never boring and super fun? Check out the Creative Edge of Consciousness Club

Thank you so much Gary!

Thank you for this reminder!