We are approaching the Season of Giving when buying gifts for our families and friends are on our minds. It’s what we’re supposed to do at this time of year!

What if you could turn that concept by 180 degrees and look at when are you going to be the gift, even if that is totally different to anything you’ve imagined?

“The gift is recognizing that consciousness is the gift that will give continuously to you and everybody else,” founder of Access Consciousness® Gary Douglas explained on this month’s Creative Edge of Consciousness telecall.

The more you choose for consciousness, the more possibilities open up.

“From the space of consciousness, magic and miracles are the most pragmatic things on earth,” co-creator of Access Dr Dain Heer pointed out.

Dain gave the example of being kicked by a horse during an Access class held in Costa Rica recently. He could not walk on the affected leg; it was heavily bruised and swollen. After having a number of Access body processes and verbal processes run, the bruising and swelling literally disappeared from his body.

“Forty-five minutes later I was walking on the leg. It’s not supposed to happen, but it did and it does,” Dain said. “That’s the world we’re stepping into.”

Do you know things beyond this reality? And, are you willing to acknowledge that is actual knowing?

Years ago, Access discovered that when a molecule is intersected with a thought, its’ structure is changed from spherical to elliptical, leading to disease in the body. This wasn’t scientifically proven until several years later.

“You keep discounting the awarenesses you have that are beyond this reality and you keep acting like they’re a curse,” Dain said.

“Having the awarenesses you have beyond this reality, living your life from that, that’s where your life and living and reality become a gift.”

What if you could be the gift of the person who knows something other people don’t know?

“You haven’t really been willing to know what you know that’s beyond this reality and to a great extent it’s been hidden. You think it should be easier, but you’re the ones that are here to blaze the trail to a reality beyond this one,” Dain added.

Don’t expect it to feel like anything, because it doesn’t. If you keep referencing this reality, you’re going to leave yourself out of the miracles that are actually possible.

Time to wake up and be the gift you were meant to be! 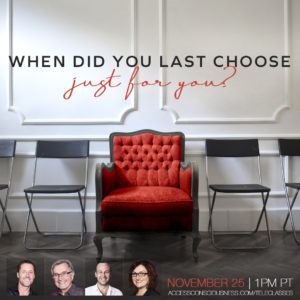 This is from the Creative Edge of Consciousness Club. Would you love to be part of a club that is always changing, never boring and super fun? More here at the creativeedgeofconsciousness.com