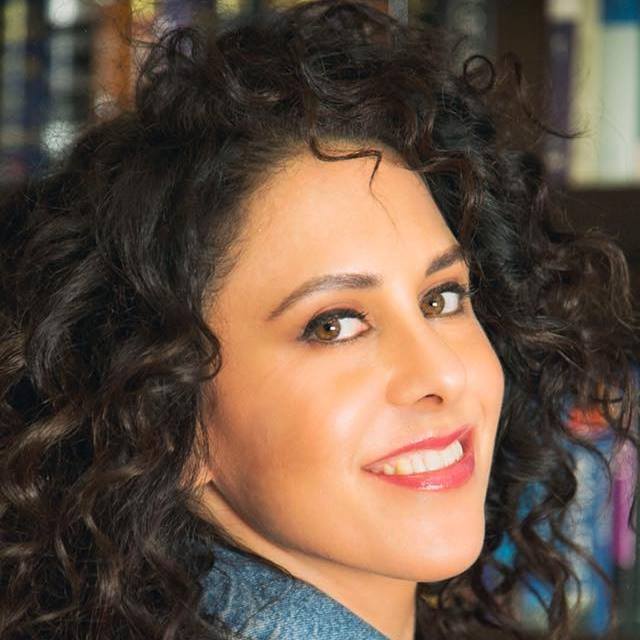 Stand Up Comedian, Journalist, and Editor

Hagit Ginzburg is an Israeli journalist, comedian, and editor. She has been writing for Israeli media outlets for over 20 years since the age of 14 (1994). Ms. Ginzburg currently serves as deputy editor in chief of "Menta" magazine, Israel's leading wellness magazine.

I question Access Consciousness every day. Every time I use one of its tools, there’s still a voice inside my head going “this is too easy to be real”. Every time the word “cult” is tossed in the air – sometimes it’s when one of my comedian friends is making fun of me for “being in a cult now”, sometimes it’s when an article comes out, claiming so surely Access is a cult – I question it. Am I being played here? Is my mind being played? Am I one of those weak, easy-to-sell-to people? Are these people crazy? Am I crazy?

But then two things happen: first, I realize that asking questions, is a tool that I’ve gotten from Access Consciousness. And second, this silly, weird shit, actually works.

I remember what made me do this in the first place – it was my chronic wrist pain, that I’ve suffered from for years. It went away the day Dr. Dain Heer, Co-Creator of Access Consciousness, gave me this little tool called “who does this belong to?”. Poof – no more pain. Yes, it was that easy and I realized there was something more here I needed to explore.

So much has happened to me in these brief 7 months since I started exploring more with Access Consciousness. I’ve become less depressed and less anxious. I no longer walk around in the world thinking my life is empty and pointless (and I know now it was never empty and pointless). I’ve learned to make different choices for myself; I’ve learned to be more me – which is something that does not come easy for someone who’s spent her entire life trying to be someone else. I feel worthy.

I’ve let go of people that used to hurt me or abuse me, I’ve stopped being afraid of the unknown. I’ve known so many moments of joy and ease, more than I could ever dream of. My life now feels like an endless pool of possibilities, instead of this dark, twisted fog that it used to be. I have a better sex life, I feel better inside my own body. Fuck, I actually like and enjoy my body now, after 34 years of eating disorders and poor body image. I literally came into the light.

I’ve met people that don’t judge me, or themselves, that choose to let go of the drama every day. I’ve made some wonderful friends.

I’ve seen a young woman overcome anorexia just by reading the “Being You, Changing the World” book. I’ve seen friends of mine become happier and lighter without even paying a dollar and without going to a single Access Consciousness class – just by watching free online videos and reading articles and talking to me. I’ve seen change that I never thought was possible. I keep seeing it every day.

And most of all – I’ve become conscious. Yes, I can sit in front of people and be this energy that allows them to tell me what they’re going through. Yes, I know what’s going on with them without them telling me. Yes, I know what to say that will create lightness in their world. Yes, I am that person now – that wacky, spiritual, energetic person that talks about weird shit. Yes, I don’t care what you think about me. I just don’t. I’m busier helping to make this world better.

Are the journalists writing the stories about Access Consciousness being a cult doing that? No. they’re just aiming for headlines, and “new cult alert” is a damn good headline. How do I know? Because I’m also a journalist. And I’ve been one for the last 21 years.

I know how these articles are written – all it takes is for one angry person to contact the magazine or the reporter. That’s all. They don’t really have time to explore or look for people that have tried this “cult” and may have a different perspective on things. Instead, they’re cynical about it, as – they assume – a journalist should be, and they’re also a little bit evil. Why? Cause they can.

And then, they have their headline, and people react and write mean comments, and they get their little ego boosts, that warm feeling in their tummies, thinking they help bust the bad guys. But it’s not the whole picture. It never is. It’s just the easy picture – the one that’s easy for them to create. They don’t even consider that the “bad guys” might not be so bad.

If I would write an article about Access Consciousness today, I would probably be the most objective journalist of them all – because I’ve been exploring and questioning Access for 7 months. I get the whole picture.

And guess what – my article would be about the space and change it offers to people. Yes, people that come to Access Consciousness can often be lost or vulnerable – but it empowers them to be something different. And I can write about that because I’ve seen it, and I didn’t have some judgmental relative whispering in my ear.

If those reporters were ever to really investigate Access Consciousness, they would be so disappointed to discover it doesn’t attempt to control minds, it doesn’t force anyone to pay for classes – people can get most of the tools online for free or for just a few bucks. Nobody here is telling you – there’s your guru, now wed him and give birth to 13 of his children. Oh, and nobody refers to themselves as “gurus” also. Actually, that word is never used. How disappointing!

So yeah, people may think it’s weird, but you know what? It fucking works. So who cares?

Hagit Ginzburg is an Israeli journalist, comedian and editor. She has been writing for Israeli media outlets for over 20 years since the age of 14 (1994). Ms. Ginzburg currently serves as deputy editor in chief of “Menta” magazine, Israel’s leading wellness magazine.

Thank you Hagit, for this words. You made me laugh many times and you reached me very deep with the way you write. Thank you for your contribution today 🙂 What else makes me happy today?
Nice greetings from Munich and me.
Marika
my website is almost ready 🙂 how does it get any faster than this?

Thank you Hagit, for this words. You made me laugh many times and you reached me very deep with the way you write. Thank you for your contribution today 🙂 What else makes me happy today?
Nice greetings from Munich and me.
Marika
my website is almost ready 🙂 how does it get any faster than this?